Sonatype recommends that administrators upgrade to 3.22.1 or newer immediately.

These notes are a compilation of new features and significant bug fixes for Nexus Repository Manager 3.24.0.

See the complete release notes for all resolved issues.

Export for Raw and Maven formats (Pro Only)

Export enables customers to export Raw and Maven contents from any repository to a target folder. The exports can then be imported into another repository in the same instance or a totally different instance. This is a great way to migrate content between two or more Nexus Repository Manager Pro 3 installations. Future releases will incude additional support for NuGet, NPM, RubyGems, Yum, Docker, and PyPI. 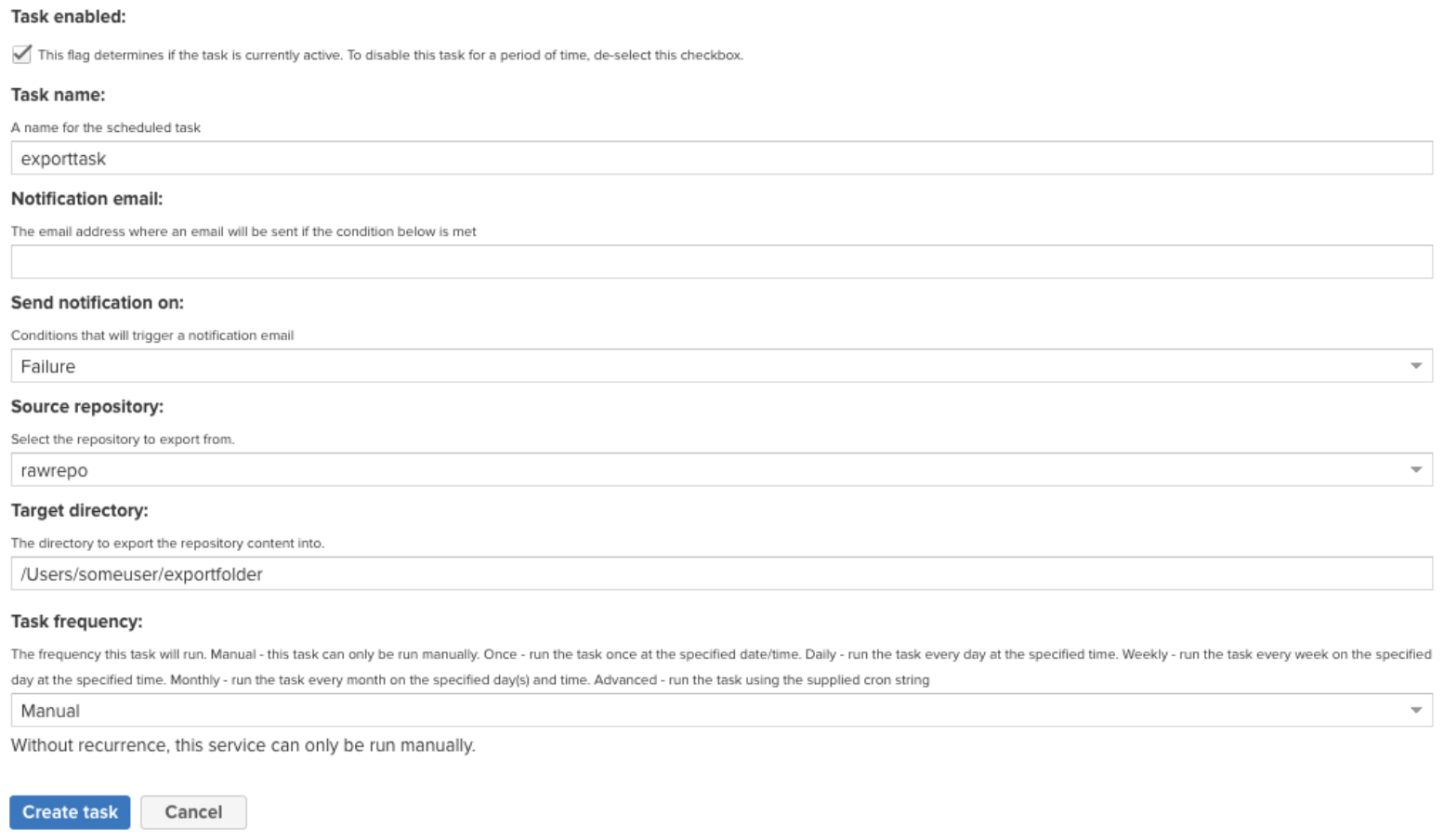 NuGet V3 Hosted support gives Nexus Repository users access to the up-to-date V3 API. This is the second part of a wider initiative to bring full V3 support (Proxy, Hosted, and Group). Group repository support will be the final stage in an upcoming release.

We are pleased to present Nexus Repository Manager 3.23.0.

Import for Raw and Maven formats (Pro Only)

Import is implemented as a task. You can configure the Repository - Import external files task from Settings → Tasks → Create Task as show here: 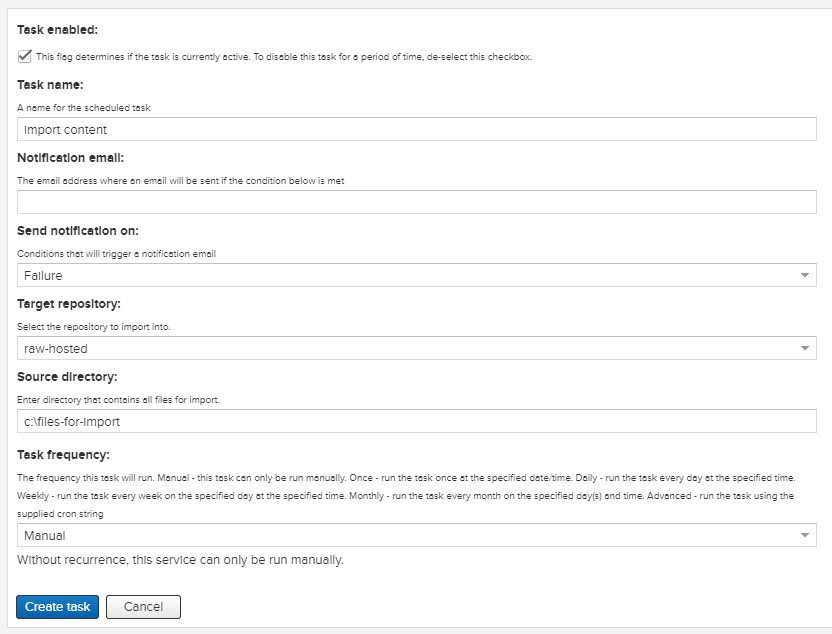 This feature will be available to both Nexus Repository OSS and Pro users and will require a license of Nexus Firewall or Nexus Lifecycle (Nexus IQ version 89 and above). Nexus Repository Manager admins can enable Nexus Intelligence via npm audit across all development teams without having to modify any setup on the developers’ machines.

Sonatype is pleased to announce the immediate availability of Nexus Repository 3.22.1. The issues fixed in this release can be found below.  See the complete release notes for all resolved issues.

Sonatype is pleased to announce the immediate availability of Nexus Repository 3.22.0. The issues fixed in this release can be found below. See the complete release notes for all resolved issues.

Note: The fix for NEXUS-22770 will cause some content previously cached in PyPi proxy repositories to be removed.  This only affects proxy repositories, and the content will show up again as your builds request it.  Please see the issue for details.

In order to make NXRM more secure, we have disabled Groovy scripting engine by default. This affects Groovy scripts as used through the REST API and through scheduled tasks.

For more information (including how to re-enable Groovy scripting), see NEXUS-23205.

Removes a broken menu entry incorrectly appearing for some users.

Sonatype is pleased to announce the immediate availability of Nexus Repository 3.21.0. The issues fixed in this release can be found below. See the complete release notes for all resolved issues.

This implementation does not include any ability to migrate p2 repositories from NXRM2 to NXRM3.  Interest for that feature is being tracked in NEXUS-22824.

Helm is the first application package manager running atop Kubernetes(k8s). It allows describing the application structure through convenient helm-charts and managing it with simple commands.