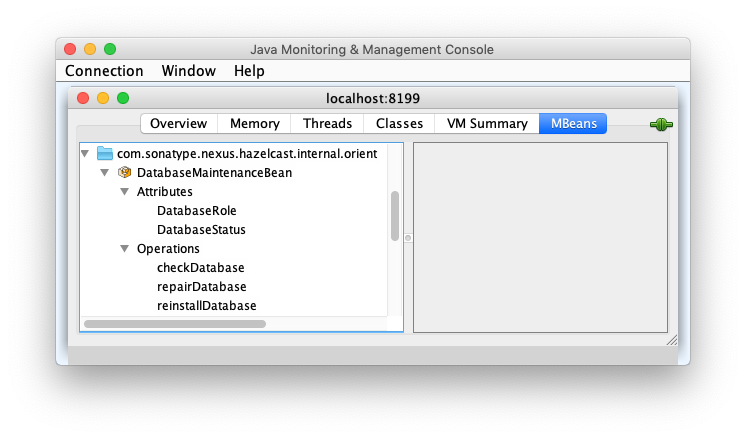 This JMX bean provides a set of attributes and operations to allow the user to inspect and manipulate the state of a node in Orient database cluster. The expectation is that these will be used mainly for troubleshooting and recovery operations.

Applies to all databases on the current node 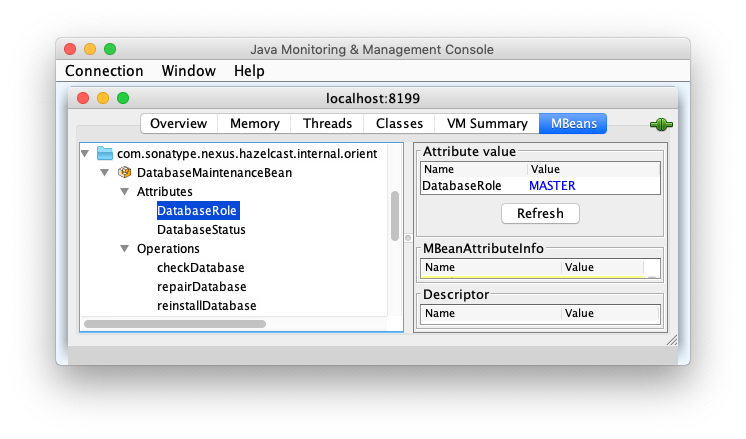 Applies to all databases on the current node 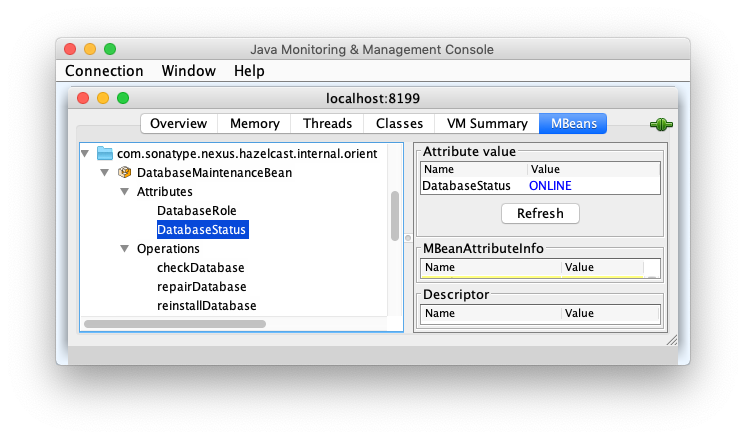 Setting the database status to NOT_AVAILABLE triggers an automatic delta-sync with the rest of the cluster. If this is successful, it will move back to ONLINE.

Checks database pages for corruption and checks that indices cover all records (i.e. no duplicates).

Attempts to repair any corrupt database pages and rebuilds indices.

Attempts to reinstall the full database from the rest of the cluster.

The user can't force a reinstall from a specific node, but typically Orient will choose the node that most recently took a backup or the oldest member (assuming that's not the node requesting the reinstall)