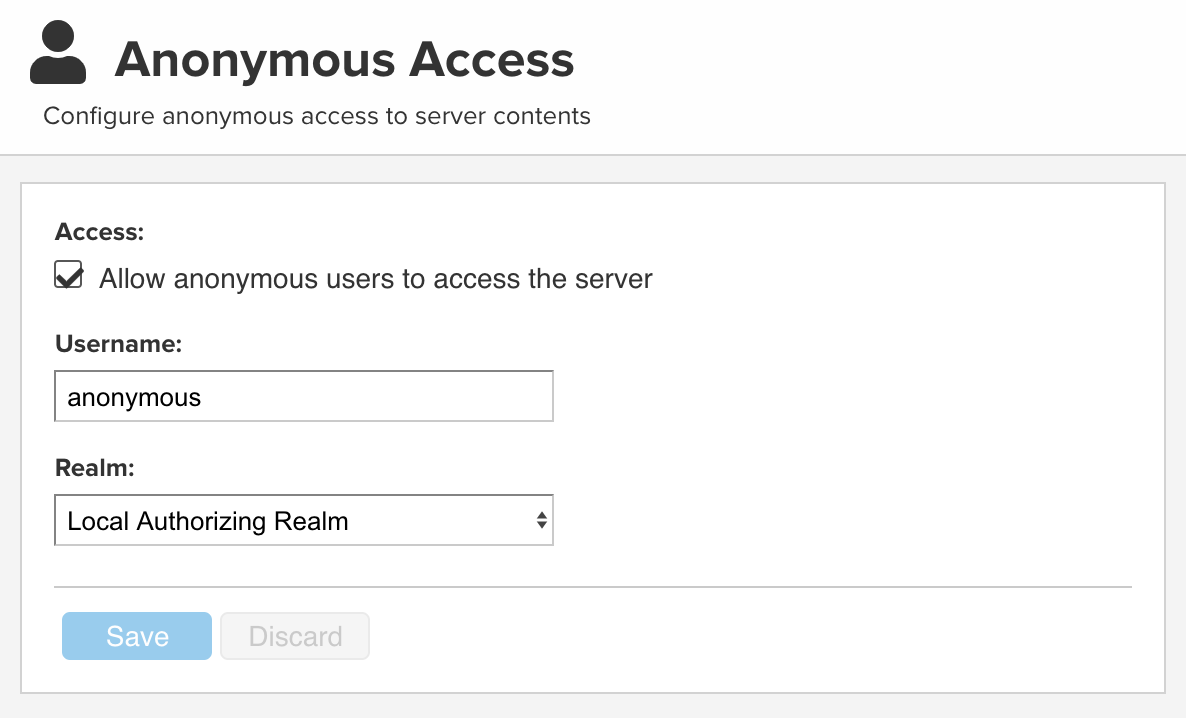 If you want to disable unauthenticated access to the repository manager entirely, you can uncheck the Allow anonymous users to access the server checkbox. The Username and Realm controls allow you to change the details for the anonymous user. E.g. you might have a guest account defined in your LDAP system and desire to use that user and the permissions it has for anonymous access.

The format realms such as Docker Bearer Token Realm are not meant for assignment to anonymous and may cause your anonymous user not to function.

Access to this page is available, with several other pages, using the nx-settings-all privilege.