Nexus Repository includes a simple user management system and integrations with a number of external authentication sources. Users stored in the internal system can also be managed via the REST API.

After authentication methods have been configured they can be activated or deactivated without removing the configuration through the user interface as detailed in the Security Realms section.

Nexus Repository can be configured as an application in Atlassian Crowd.

A server supporting the Lightweight Directory Access Protocol can also be used by Nexus Repository for authentication.

With Remote User Token (RUT) authentication a reverse proxy placed in front of Nexus Repository supplies the identification for the user as a header.

PRO For improved security, consider enabling user token support which allows users to generate a random token pair for use with client tools and avoids storing credentials in local files. 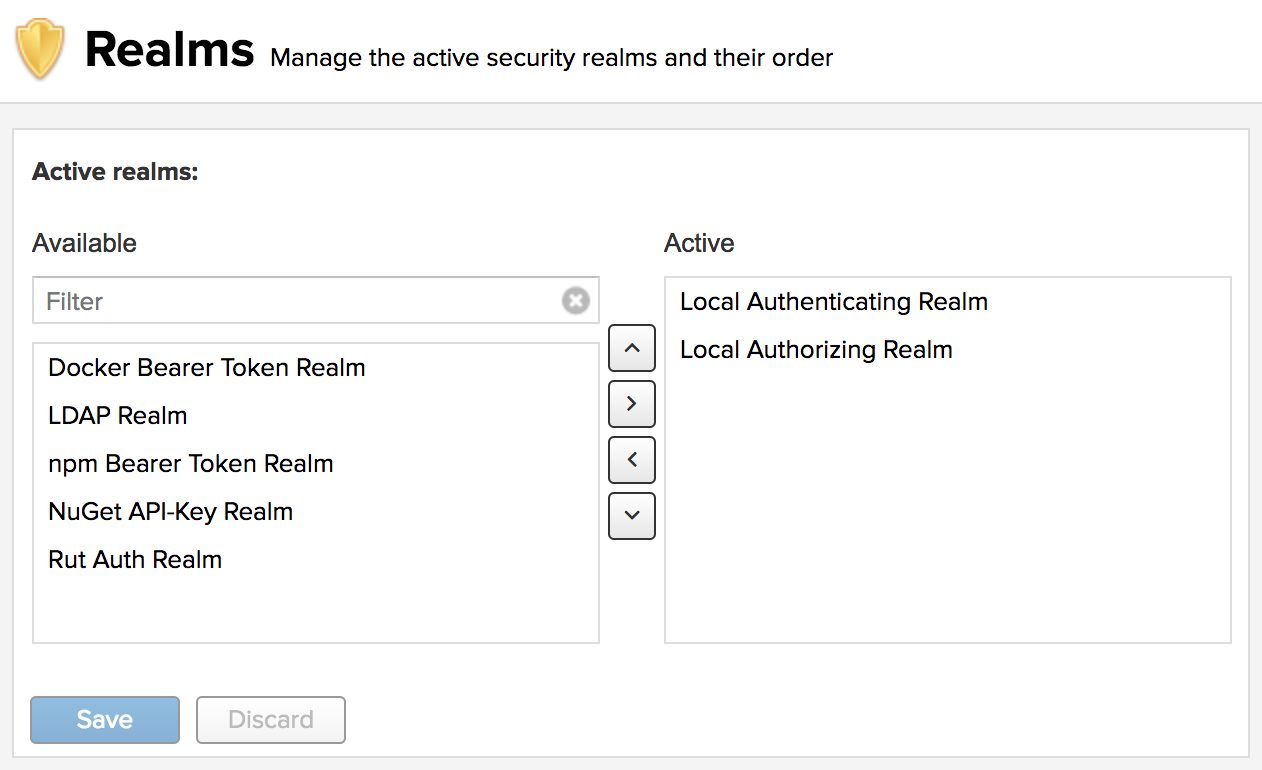 This realm will append the configured role to all users when they are authenticated, see the Default Role page.

This realm permits docker repositories with the ability to have anonymous read enabled on their repositories in conjunction with the Force basic authentication configuration setting.  This is documented further in Docker Authentication.