Nexus Repository Manager Pro and Nexus Repository Manager OSS ships with three users: admin, anonymous, and deployment. The admin user has all privileges, the anonymous user has read-only privileges, and the deployment user can both read and deploy to repositories. If you need to create users with a more focused set of permissions, you can click on Users under Security in the left-hand main menu. Once you see the list of users, you can click on a user to edit that specific user’s First Name, Last Name and Email. Editing a users Status allows you to activate or disable a user altogether. You can also assign or revoke specific roles for a particular user. 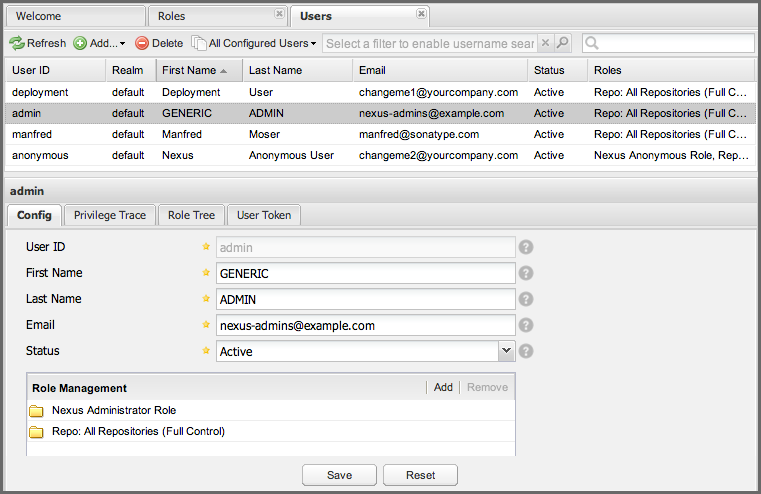 Clicking the Add button in the Role Management section will bring up the list of available roles in a pop-up window visible in Figure 6.36, “Adding Roles to a User”. It allows you filter and search for roles and add one or multiple roles to the user. 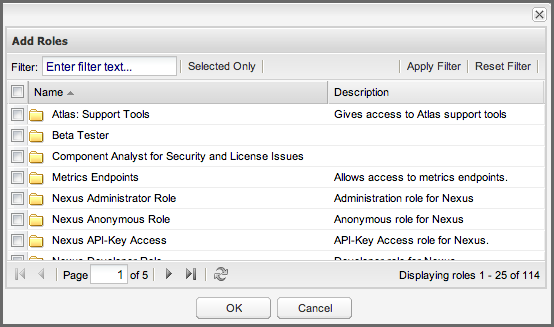 A user can be assigned one or more roles that in turn can include references to other roles or to individual privileges. To view a tree of assigned roles and privileges, select the Role Tree for a particular user as shown in Figure 6.37, “User Role Tree”. 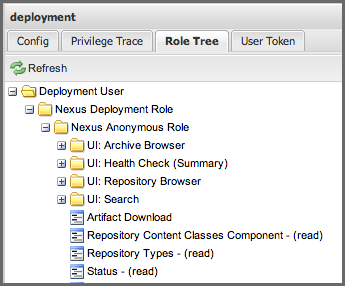 Additional plugins can contribute further panels for the security configuration of a user. An example of an additional panel is the User Token panel, added by the User Token feature of Nexus Repository Manager Pro as documented in Security Setup with User Tokens.