This eases the configuration for the users and at the same time allows the administrators to add more repositories and therefore components without requiring changes on the client computers. 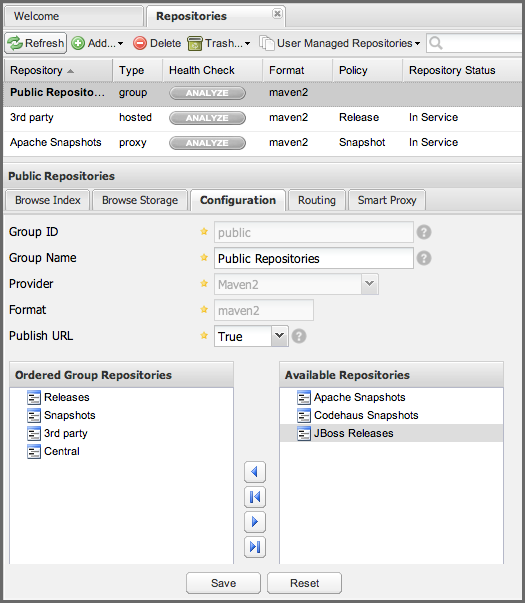 Once a repository group is configured it can be used from the client as discussed in, e.g. Apache Maven, Configuring npm, Using Gem Repositories or Accessing Packages in Repositories and Groups, and further repositories can be added easily.

In Apache Maven, we configure Maven via the settings.xml to look for components in the public group managed by the repository manager. Figure 6.16, “Group Configuration Screen” shows the group configuration screen in the user interface. In this figure you can see the contents of the Public Repositories group.