To explain, let's use a common scenario that causes InnerSource violation. In this case, the InnerSource common database framework was built with open-source components that have violations.

The scenario is two projects: P and C:

Below is an illustration of this scenario:

How to use InnerSource Insight for Maven

InnerSource Insight for maven requires the producer and the consumer use the CLM Maven plugin or the Gradle plugin (v2.0.4 or higher). When both are using a supported plugin or format, the consumer's Application Composition Report will identify InnerSource components and their associated dependencies. Check out the Sonatype CLM for Maven documentation and the Gradle Plugin to learn more.

CLM Maven in a CI Environment

CLM Maven goal index is valid for InnerSource Insight in a CI environment such as Jenkins. For more information please refer to Sonatype CLM for Maven.

How to use InnerSource Insight for NPM

Example Application Composition Report Before and After 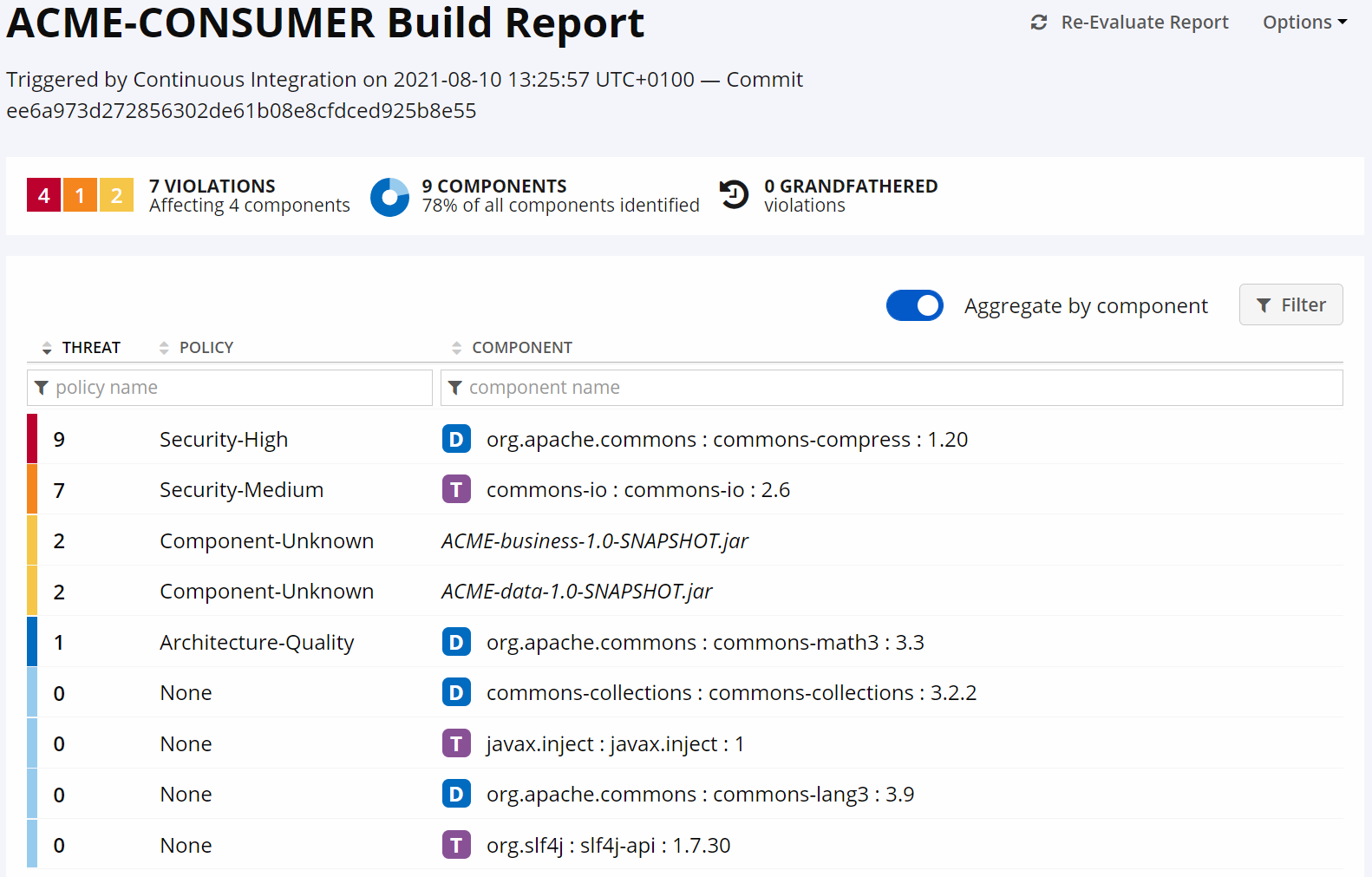 After these changes, InnerSource is recognized and all the associated transitive dependencies are indicated.

For IQ Server prior to release 122 this appears as follows 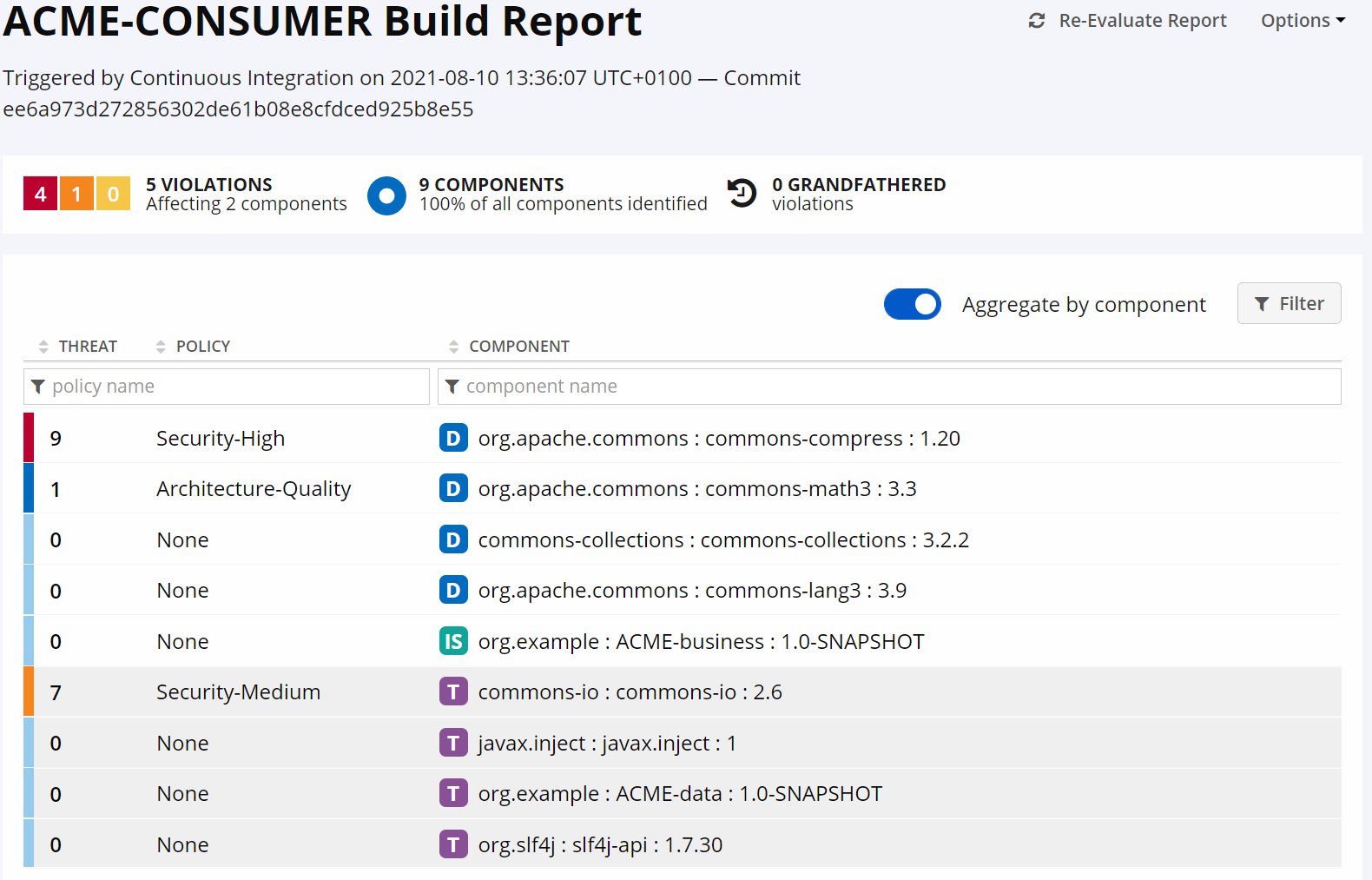 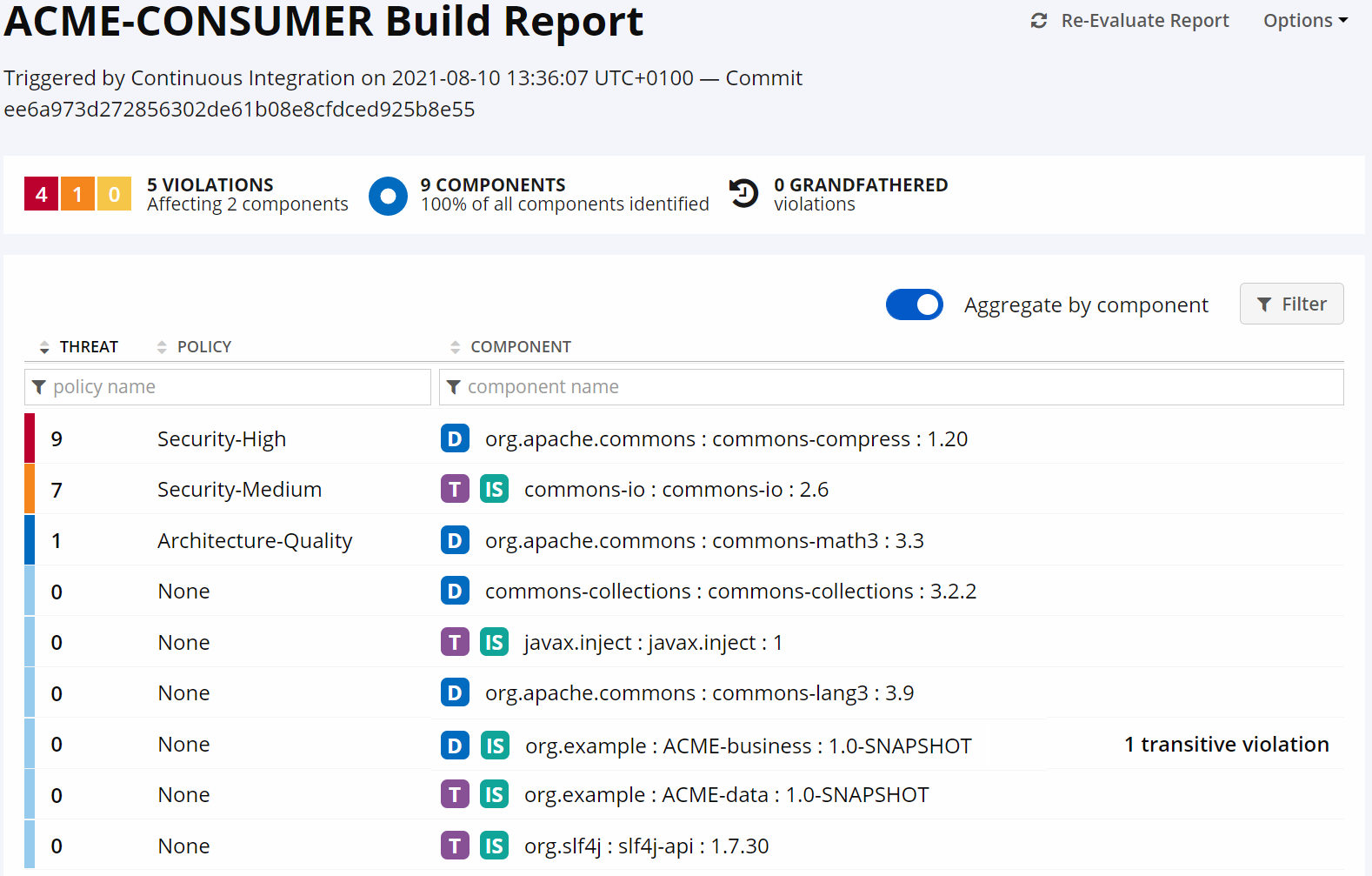 If you hover over the InnerSource icon of a transitive dependency, then it will show you a tooltip listing its InnerSource root ancestors. 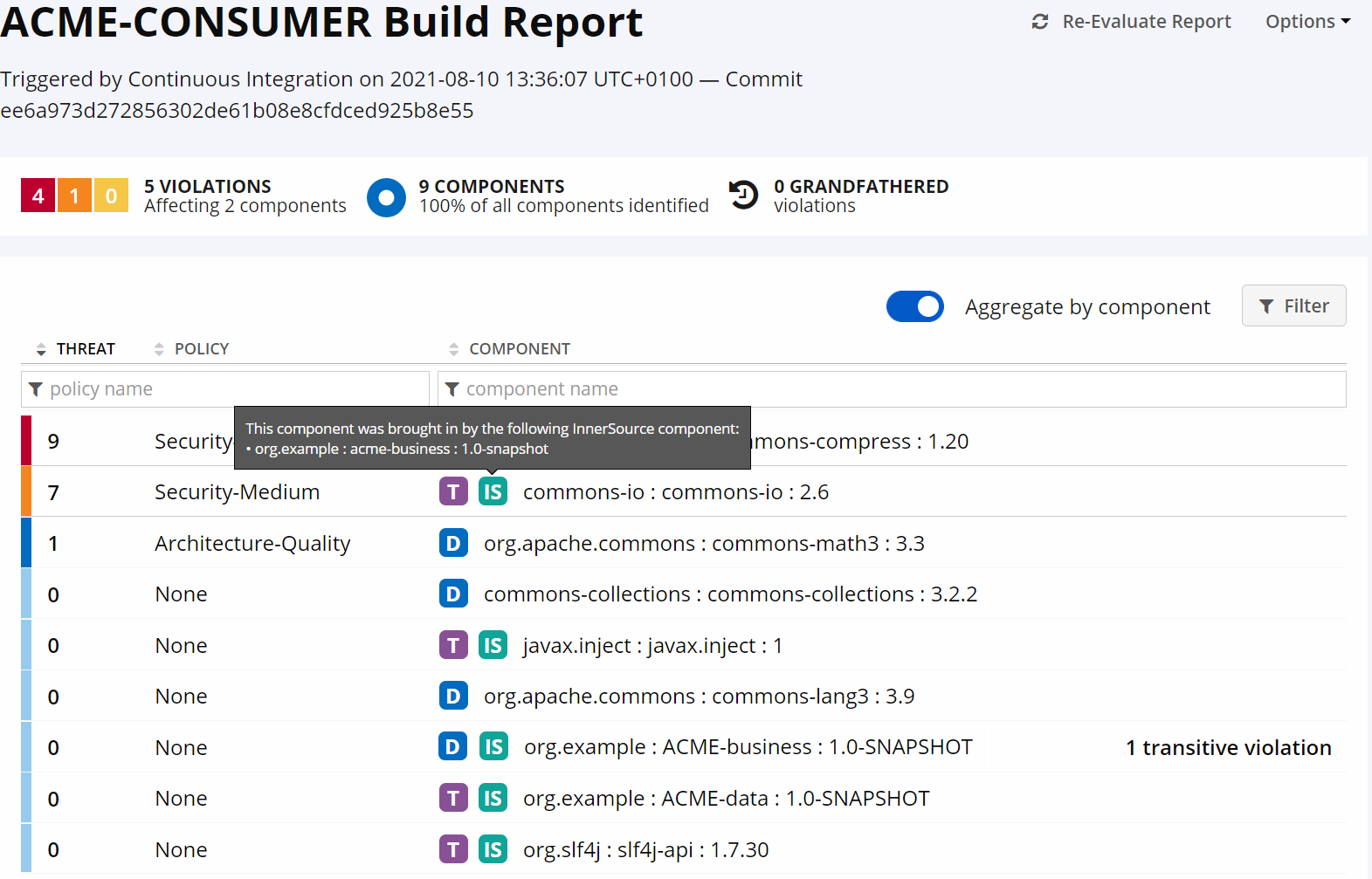 The CIP also provides a link to the producer report via View Latest Report: 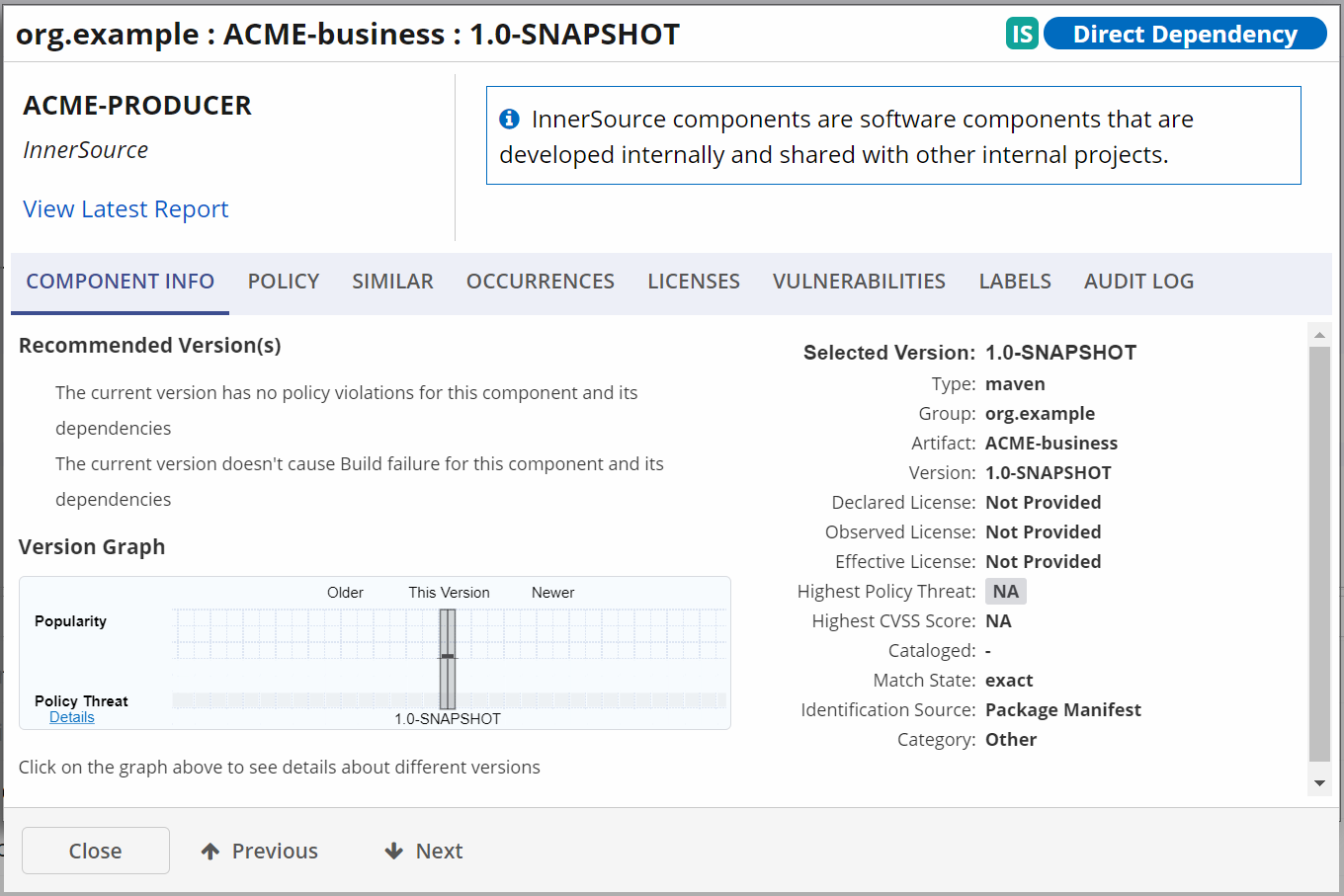 For transitive dependencies, the CIP will add a tag next to any InnerSource root ancestors. 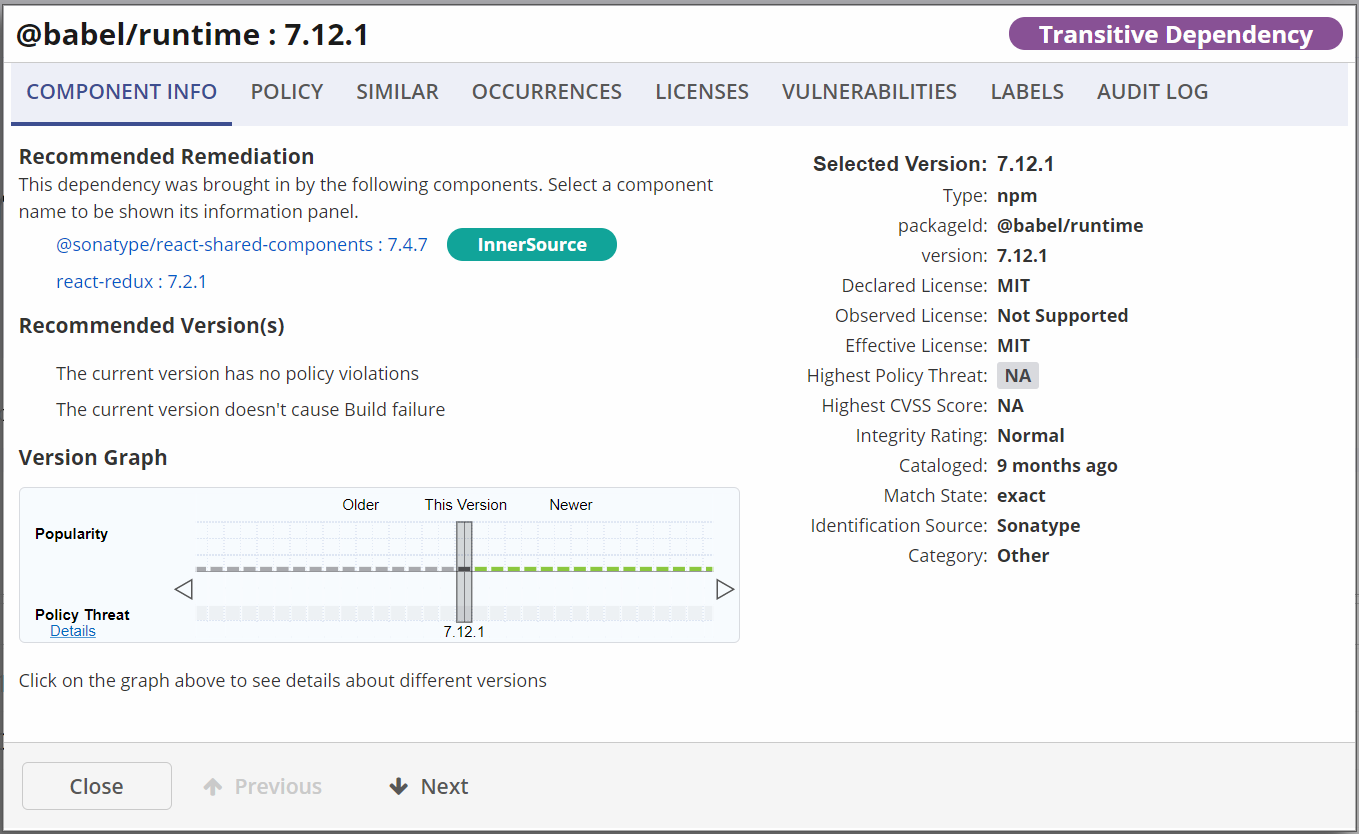 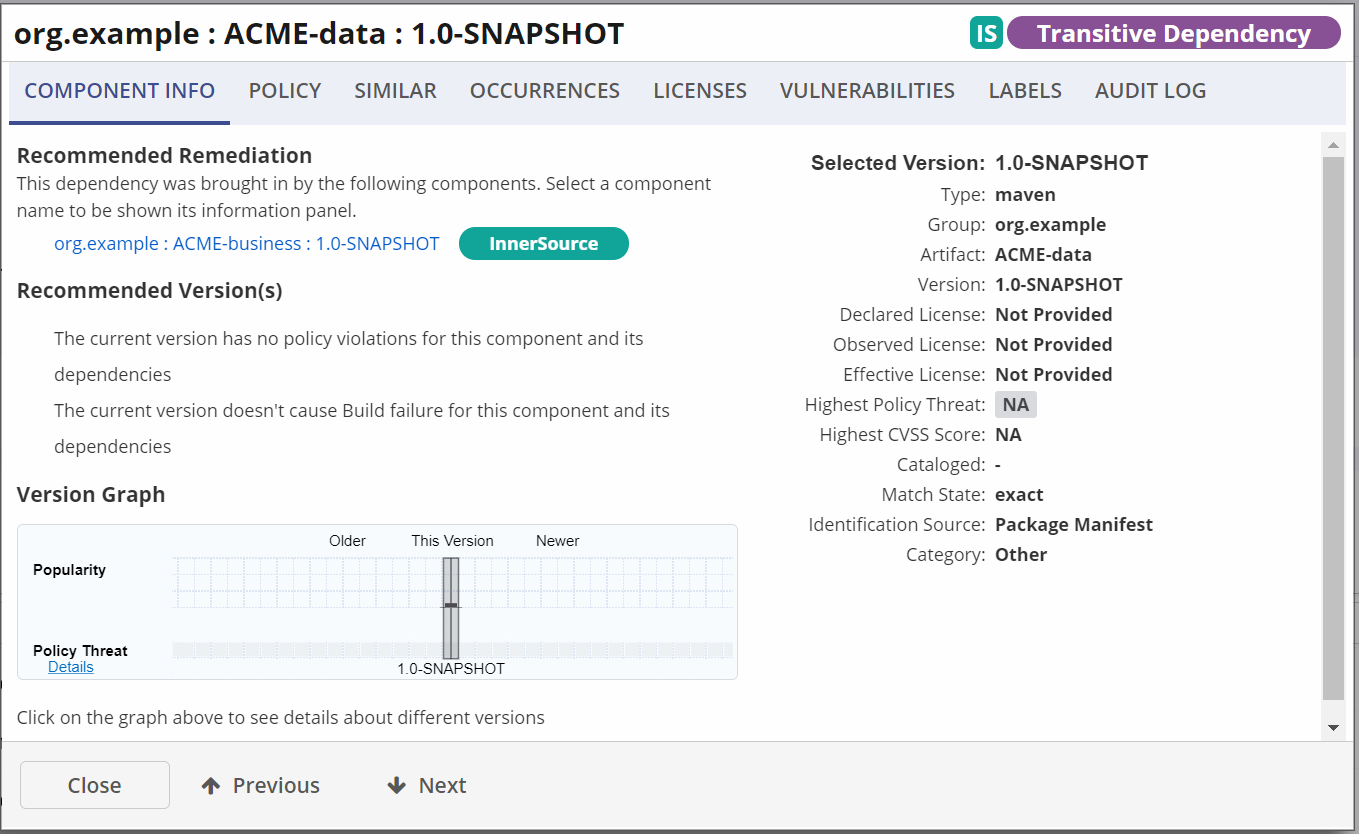