What is a User Token?

A user token is a form of credentials for the user it belongs to, which are usually completely different and separate from their original credentials.

A user token is composed of a userCode and a passCode.

User tokens are supported for

When one of these users successfully submits their user token credentials, then they will be authenticated and authorized as if they had submitted their original credentials.

Why use a User Token?

There are two main benefits to using a user token.

Firstly, the user does not have to expose their original credentials (e.g. in REST API requests), which may be in-use elsewhere.

Secondly, user tokens can be easily created and deleted, which is useful should security policies require credential updates, or if credentials are lost accidentally or otherwise.

Your user token credentials are only available upon creation and care should be taken to be able to recall them later.

A user can only have one user token.

You can create and delete your user token via the user token REST API or the UI.

We recommend you create and delete your user token via the UI.

Technically SAML users may use the user token REST API, but can only do so using a session that has already been created through the UI. This is because IQ Server SAML identification uses the Web Browser SSO profile where the UI is needed to interact with the SAML identity provider to create a session.

Once created, you can use your user token userCode  and passCode  code to log in to IQ Server through the UI and to issue REST API requests, i.e.

Users can now generate their user token from within the IQ UI. This provides an easy way to achieve the same capabilities provided by the User Token API.

The UI for managing the user token can be accessed from the User Menu by clicking on the Manage User Token option. 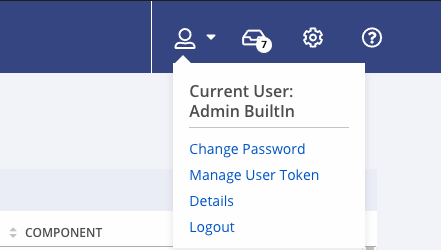 From the Manage User Token modal a new user token can be generated by clicking on the Generate User Token button. 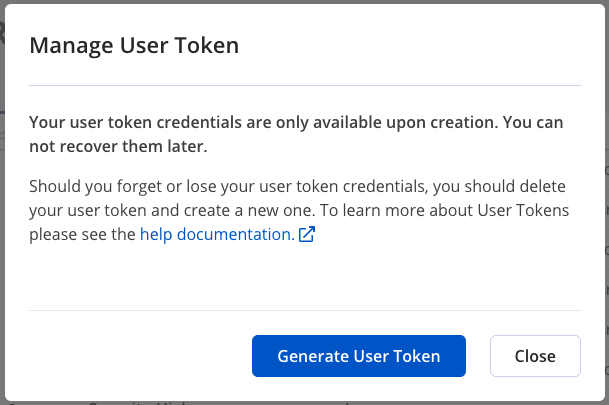 The resulting User Code and Passcode will be displayed along buttons that allow for them to be copied to the clipboard and used elsewhere. 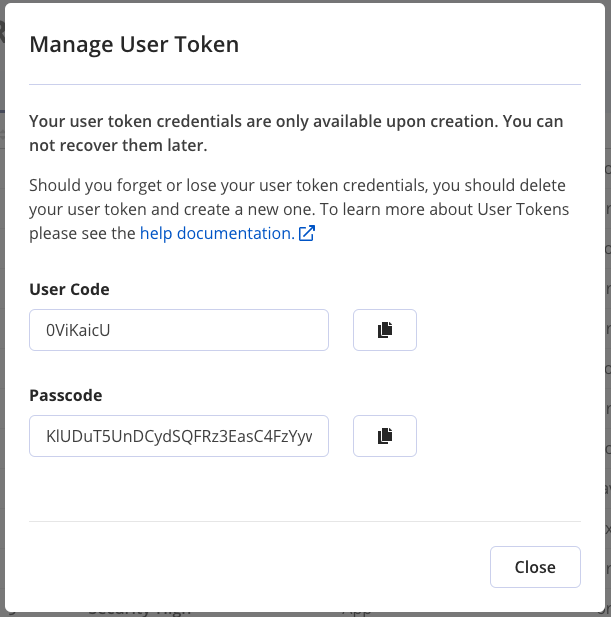 It is important to note that for security reasons this will be the only available time to view the User Code and Passcode. Subsequent visits to this modal will NOT display these values.

Re-visiting the modal will show a warning informing the user that a user token already exists and that it would need to be deleted in order to generate a new one. 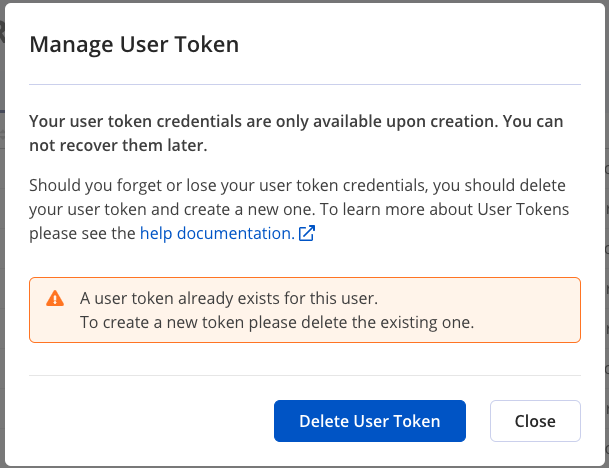 Clicking on Delete User Token will delete the existing token thus allowing for the creation of a new one.